We have been 'intentionally playing' with Chubs a lot more recently. Now that the renovations are finished and her playroom/ bedroom is all ready, it's lots of fun to actually play with her. We've been getting her toys out and playing, and she's got room to move now.

Educational play that we've been doing

- Shaker bottles of coloured rice and of water and oil (motor, sensory, sound)

- Counting. Chubs LOVES counting. She can count from one to ten and gets very upset if anyone interrupts her before she finishes. She tries to hold up her fingers but can't quite work out what to do with them. She also likes to point at the items in her counting book and go 'erh, erh, erh' each time she points at a new item. (numeracy, verbal, motor)

- Naming. Chubs loves to point at items and name then; both in real life and pictures. She's got a real language explosion going on at the moment and she's getting new words every day. (language) 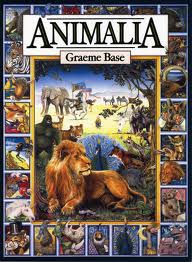 - Alphabet. She is loving singing the alphabet song, which at the moment for her goes something like this: 'a, b, c, d, e, f, gggg, erh erh erh erh erhhh erh P! erh erh sssssssss T U V, er er er zeeeee. No no no no a b c , no no er er er ME! We've looked at some alphabet songs and phonics songs videos - she will very excitedly say 'a a apple' whenever she see ones. We've just started doing some flash card work and looking at the Graham Base book Animalia, as well as some other alphabet books that she has.

- Singing. You name it, we've sung it! Favourites at the moment are Incy Wincy Spider, The Wheels on the Bus, and Five Little Monkeys, all with actions of course. Wiggles are a favourite at the moment, as well as Mother Goose Club and Super Simple Songs. (literacy, music, language) 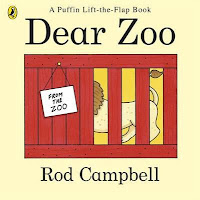 - Stories. Bedtime stories had fallen by the wayside in the last little while, but have been reinstated (thank goodness). Favourites at the moment are When Grandma Came, The Biggest Bed in the World, Lucky Luke, The Going to Bed Book, Wombat Stew, Dear Zoo and Dear Santa (literacy, language, social)

- Colours. Naming colours is something that she's very much into and the moment. She probably gets it correct about 60% - 70% of the time for basic colours (red, blue, green, yellow and pink are the only ones that I think I've heard her say) (visual, verbal)

- Drawing. Washable felt pens are pretty much all Chubs is allowed at the moment. We constantly redirect her and I'm, sure that I say 'we draw on paper' a thousand times a day, but drawing on her face, the walls, the floor, her table and everything else is still a daily event. For this reason, it's washable felt pens only for the time being. She likes both colouring in, and drawing on a blank page. Stickers are a big win too. When we are with her, she likes using the whiteboard pens on a portable whiteboard, but since she still eats pens more often than she eats meals (sigh) that's a supervision-only activity. (fine motor, visual)

- Flash cards/memory/ matching cards. Chubs was given some Wiggles cards secondhand and she loves to match them. I pass her the cards one at a time. If it's new, she starts a new pile. If she has one down already, she places it on top of that pile. She gets it right almost all the time now, and is very proud of her self of course. She has some alphabet flash cards that she likes as well. (visual, letter recognition)

- Wooden blocks. Chubs was given a tub of wooden blocks for her first Christmas and they are one of the best presents ever! Towers are a stand out favourite at the moment, both building and knocking down. I tried doing some colour sorting with her but she wasn't interested so I let it go. As a high school maths teacher, I wish that kids would play with blocks more!  (mathematics, physics)

- Fisher Price Little People. Chubs started her collection at her first birthday party, got some more for Christmas and I found some second hand too. She likes to put the people in the rooms, on the swings and down the slide. She role plays and acts out lots of things with the figurines, including going down the slide saying 'weeeee'. (verbal, social)


Most of these are things that we would have been doing anyway, although perhaps a little more 'intentional'. I've been searching for ideas using terms like 'Montessori' and 'tot school' to find activities which are developmentally appropriate and fun. We certainly aren't pushing her. I'll looing up ideas, trying them, and she's taking the lead. To be honest, many of the ideas that I've found are just normal toddler 'play.' Many toddlers would be at different levels of developments - this is what seems to work for her.

Linked
Posted by AsSnugAsABug at 22:21