One thing on the decluttering list was the freezer. With the craziness of the last cope of months it had reached crisis point. Too much crap in there, so no room for useable food. No room for usable food, so I couldn't make sandwiches etc ahead of time. Couldn't freeze sandwiches, so getting out of the house in the morning was a disaster, so that caused stress. Stress that I knew how to fix - get the freezer sorted - but didn't have the time or energy to do. 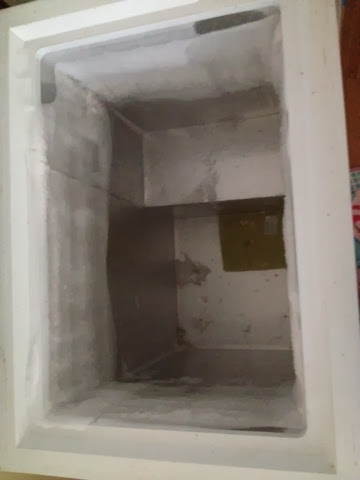 We had a 40 deg C day here in Saturday, so the idea of having a legitimate reason to stick my head in the freezer for an extended period seemed awesome. I pulled everything out of the freezer, and the overloaded crap/ waste wasn't actually as bad as I thought. 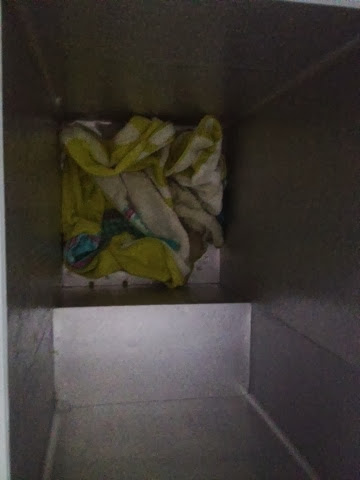 Soaking up the icy slush. 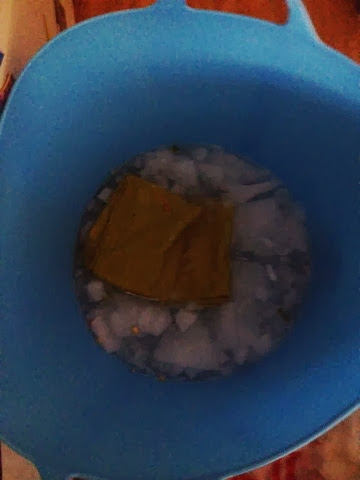 Chucks of ice (and stray veggies)

All I had to chuck was a whole heap of almost finished old loaves of bread, and a massive expressed milk stash that was unusable - more on that to come. Thankfully nothing else was too old or ruined,

The reorganised and defrosted freezer. I'm using reusable grocery bags to try to keep it organised - I'll know how I go! It actually hasn't been too bad - it's been about two years since a clean out/ defrost and it's only been the past couple of months that it's been in crisis mode. 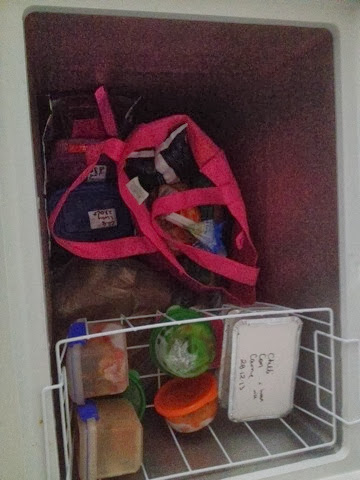 - when meals go in, put new meals on the bottom so the oldest are at the top

- small containers of sandwiches/ Chub's lunch go in the basket

- I no longer pump milk so no need to worry about storing that.

One more thing ticked off the list!
Posted by AsSnugAsABug at 06:00